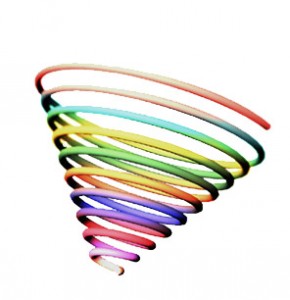 Over the last few years as I traveled the country, I kept encountering people who said that they couldn’t talk with some members of their families, friends or co-workers about the political situation and the issues they most cared about. For some the personality of Mr. Trump was seen as antithetical to how a President is to behave in a democracy; for others, he was seen as exactly what was needed. These attitudes hardened after the elections and the polarization intensified and continues today.

This polarization is quite deep and is offering very different worldviews of who we want to be as a nation. We understood that to approach the question: What can we do? from a contemplative heart it is no longer an either-or answer. Looking at the situation from either one of the poles, a dualistic approach which is so prevalent today, only maintains the divisions.

I found myself wondering how can we exercise our contemplative power in the midst of such chaos and polarization? Can we try to engage others who hold different positions in such a way as to heal some of these negative effects and create a space for future deliberations?

Introduced in the 90’s to Spiral Dynamics developed by Don Beck, and which later was aligned with the work of Ken Wilber, I often used its insights as I gave presentations explaining the context of the time we are living in. I believed with Einstein that we cannot solve the problems of today from the same level of consciousness that created them, and SDi gave us a way to navigate this development.

One description of consciousness is that it is the way we view the world. It is our assumptions, beliefs and values through which we make sense of our lives and reality. It is like the air we breathe. We take it for granted and are not even aware of what or why we think about things the way we do. Something usually happens to WAKE us up to what we have taken for “the way things are.”

It is this WAKING up that SDi addresses. SDi addresses how our consciousness—individually and collectively—develops through time.

SDi uses the image of the spiral which I found very useful. It begins small and moves upward and outward as it evolves. This image captured a key insight of SDi that as our consciousness develops, we transcend the earlier stage and we go around on a new trajectory but ideally, we include the healthy values of our earlier stages.

This kind of ‘development’ SDi addresses is not a hierarchy. Rather it is called a ‘holarchy’. This term is attributed to Arthur Koestler and conveys that each stage is in itself a whole and yet only a part of the total spiral in the case of SDi. There is not a judgement that one stage is better than another; rather, each stage of consciousness is a whole in itself. However, in its evolution each stage becomes a part of the next succeeding stage. As it continues to become part of a greater whole, consciousness becomes more complex embracing greater diversity and its capacity for paradox. Everyone goes through the stages and each stage offers values and wisdom to address what is happening in one’s world. However, not everyone develops through the stages at the same rate as it depends on the material conditions of one’s life. But all the stages through which one evolves continue to be part of oneself.

Through these years, SDi helped me to articulate why we experience such seemingly divergent worldviews simultaneously. It helped me understand why within myself I can experience the values and wisdom as well as some of the unhealthy reactions from earlier stages of consciousness. SDi provided a landscape for the time we are living in.

In the last few years, together with my colleague Margaret Galiardi, OP, I pondered the question how do we exercise contemplative power in this kind of landscape. Both of us found ourselves drawn to SDi and to see if it held insights for us. Vernice Solimar, having taught Integral Theory and SDi for years, took us more deeply into SDi and how it offers a new way of being and acting in the midst of such diversity. Our work culminated in developing the program: Enter the Chaos: Engage the Differences to Make a Difference.

This section on Spiral Dynamics Integral will provide the basics of SDi as well as readings and resources for your use.