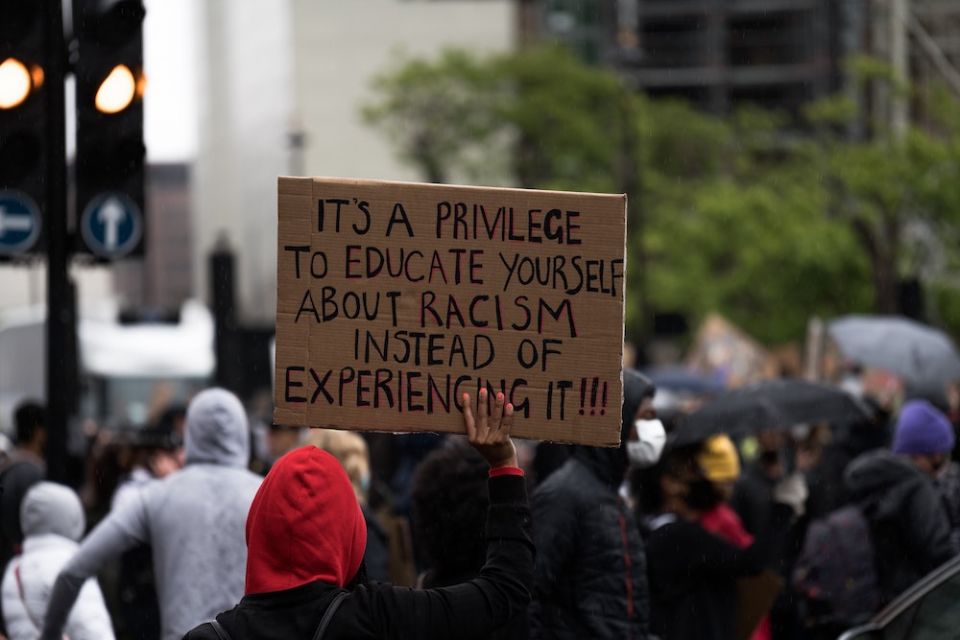 This Moment Calls For A New Consciousness: Becoming An Anti-Racist

It is hard to believe that we are entering the sixth month living with COVID19 and all of its unanticipated consequences. By basically stopping all of our usual ways of relating, working, shopping and traveling, a space opened for the eruption of systemic racism into the public consciousness. The brutal murder of George Floyd by police officers was shared around the world through social media and could not be dismissed or justified. It released centuries of anger and frustration due to the systemic oppression of people of color, caused by racist policies, programs and consciousness.

Suddenly protests peppered the country, asserting that Black Lives Matter and demanding that police brutality be addressed. Soon, statues of Confederate soldiers were being forcibly removed. Names of streets, buildings and military bases were being changed because they enshrined men who were held in esteem defending the South and its institution of slavery. Other statues of those who were leaders in the war against Native Americans were toppled. Names of sports teams were changed because their current names were racially offensive. Throughout the next weeks, protestors were ready to march and confront any incident of police brutality. Although most of the protests were peaceful, there were some incidents of violence.

The response is as divided as we are as a country. Our president — seeing a campaign opportunity to run as the “law and order” candidate in a country under siege — is exploiting the Black Lives Matter movement and recasting the participants as those who would tear down our history, who are soft on crime.

However, the majority of our citizens see the long effects of slavery and are sympathetic to Black Lives Matter and support changes to racist policies, especially within the culture of police departments.

For me, I sense this is a rare opportunity to awaken, to transform our collective consciousness in ways that are more anti-racist. And this means each of us must do our own individual work.

Moving forward demands a new perspective, a new set of lenses, a new way of looking at what we thought we knew. It demands a new consciousness. Our hearts must become our organs of perception. The work will be different for those of us who benefitted from the legacy of white supremacy and those who suffered because of it. But all of us have to find the place within us where racism in its multiple forms exists, shapes us and persists.

Ibram X. Kendi’s book, How to be an Antiracist, helps to get in touch with how racism permeates how we see the world, and it offers ways to uproot racism and inequality in our society — and in ourselves. Kendi’s basic theory is “that racism is a powerful system that creates false hierarchies of human value that extends beyond race, from the way we regard people of different ethnicities or skin colors to the way we treat people of different sexes, gender identities, and body types.”

This shift of consciousness being asked of us is truly the work of contemplation.

Over these years of contemplative practice, I have become more aware of my own biases, my own assumptions about things. This awareness is never ending, as we are human, but it does soften how I take in new information that challenges me. Although I have through the years addressed white privilege in our society and in myself, I was caught off guard as I read Kendi’s book. I could feel the discomfort in me. I saw myself reacting and then opening up to understand how these various racist hierarchies lived within me. I realized I do not have to keep affirming this or that racist belief in myself. I felt a loosening of the hold it had on me.

If I had not been opening myself to the working of the Divine within me these years, I’m sure I would be responding differently — more defensively, trying to justify my way of thinking or simply dismissing Kendi’s theory as exaggerated and too simplistic. 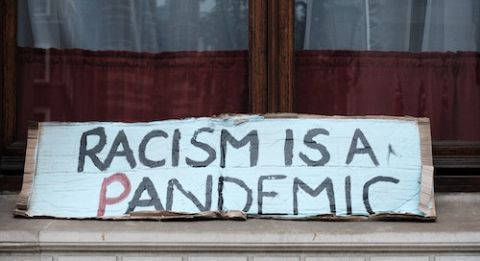 Coming to my own realization, I, in turn, had a heightened awareness of how challenging and difficult this will be for those in the white community who are just coming to an awareness of white privilege. The letting go of being dominant and knowing that who I am and how I do things will no longer be normative will be gut wrenching. In addition, because this is coming in the middle of the pandemic, some will feel that this is the last straw — we have to deal with the pandemic, we are all hurting, we can’t address these issues as well!

I believe that the shift of consciousness to an antiracist one is the call of our time … a long overdue one … but one that will be difficult at best. But we can prepare for it.

Take time this summer and learn about the history of slavery and how systemic racism operates. Both Kendi’s book and James Cone’s book, The Cross and the Lynching Tree, are excellent resources.

When you feel resistance:

Stop.
Name the feeling.
Explore why you are feeling that way.
Open yourself to seeing the reality of racism in yourself.

In the spirit of the Welcoming Prayer, allow yourself to be with that feeling until you can let it go.

After your contemplative sitting, be attentive during the day and gently observe how the shift of consciousness begins to settle into your body and into your behavior.

As discussion of issues of systemic racism become more prominent among your family and friends and more central to our political discourse, you might find yourself willing to engage with people who are still resisting seeing this as an issue. By consciously observing yourself face into your own experience of racism, you can better understand and offer insights to those who are just beginning the struggle.

Addressing how racism is woven into the fabric of our society and within ourselves from a contemplative heart is not an easy task. We will have to face into our fears.

Psalm 49 offers a more poetic way of doing just that.

Yes, even the wise are not immune to fear; yet, unlike the ignorant, the wise face their fears with resolve. Not running away, nor projecting them onto others.
They trace them to the source, rooting them out as weeds from a rose garden.
Thus, they do not trust in the riches of the world, but in the Treasure hidden in the heart.