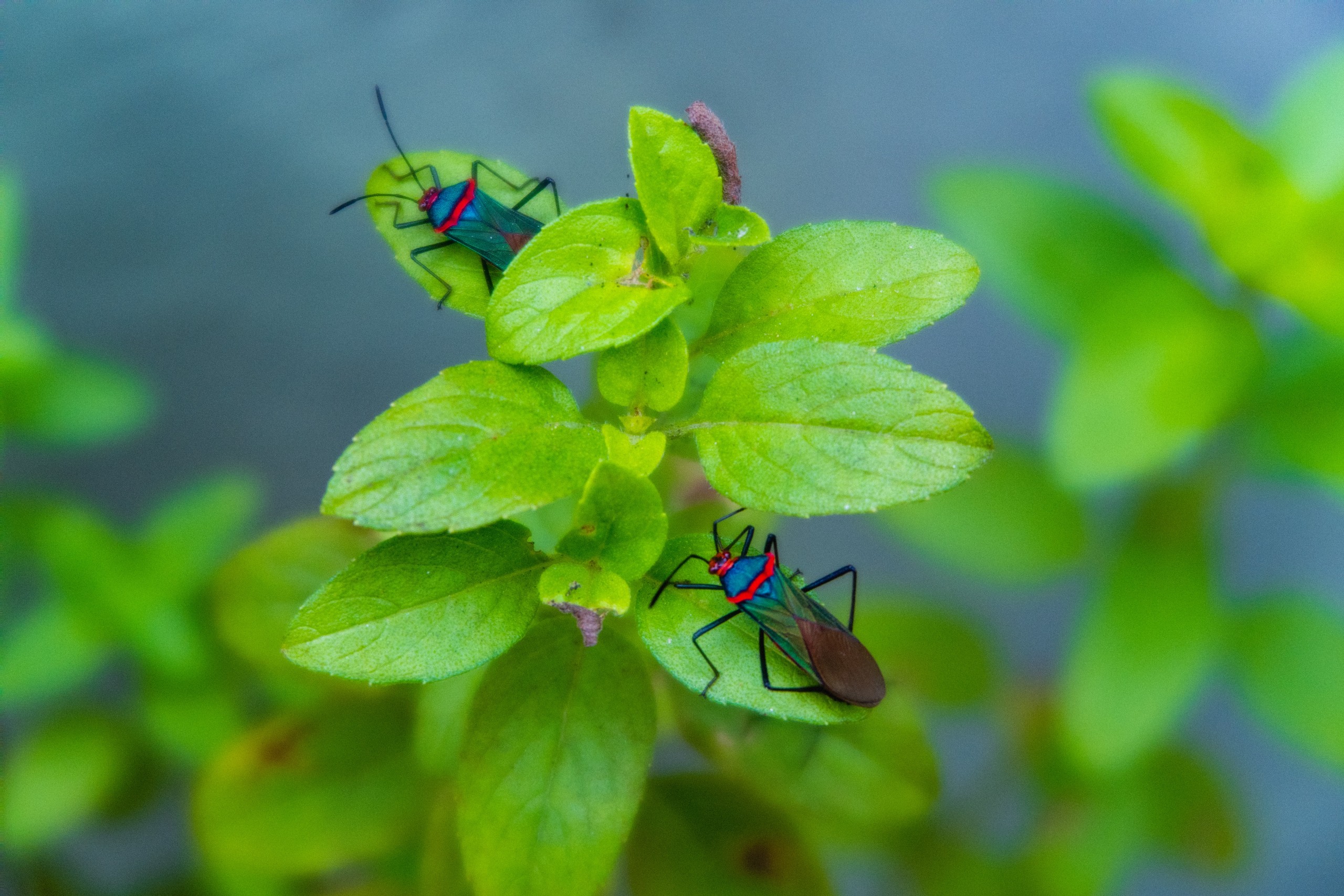 Perhaps the best place to begin to understand evolution unfolding is at the beginning. Here is a reflection I wrote earlier that explains what is meant by the new creation story.

How the universe began. How creation happened. Who the first people were and how they got here. Why things happen the way they do. Pondering these fundamental issues has given rise to the important myths that shape our lives. Native peoples in the Americas tell their stories about the beginning of time; Aboriginals in Australia sing their beliefs about how they arrived and how they will survive; Judeo-Christians tell the story of how God created the world in six days culminating with the human and then rested on the seventh.

At various times in history different explanations or cosmologies prevailed. In Western civilization the biblical account of creation provided the explanations to our most meaningful questions and offered a way of relating to God, creation and each other. It drew on the knowledge of the day and was culturally and historically situated. As Christianity became the dominant religion of the West, the insights and truths of this story were often used to justify the actions of those in power during times of territorial expansion and colonization. This often led to a distortion regarding the relationship of the human to the rest of the creation. With today’s ecological crisis threatening our planet, it is fortuitous that science is revealing a new creation story, one that challenges the prevailing anthropocentrism—which refers to the assumption that the Earth exists for the human and that its total meaning and purpose is derived from us.

The new creation story—in some ways quite ancient—finds its current expression validated through the insights of quantum physics and informed by the discoveries of our exploration into space and the use of the Hubble telescope. It is a story that deepens our sense of mystery and awe. For many it points toward God and toward a renewed understanding of the human in relation to the rest of the cosmos. For persons of faith, it deepens the theological insights of the biblical account and addresses its cultural and historical limitations.

The creation of the universe is as Beatrice Bruteau expresses in the title of one of her books, God’s Ecstasy–the Creation of a Self-creating World. To read the many accounts of how the universe began is awesome and challenges one’s prior beliefs and constructs. What follows is a very brief summary of this new story.

Most of us grew up thinking of the universe as infinite space which was vast and fixed. It contained galaxies, stars and planets, all moving in unchanging orbits. This was in fact the commonly accepted scientific description which Einstein also held. He was so convinced that that the universe was an unchanging infinite space that he refused to believe what his mathematical field equations told him–that the universe was expanding in every direction. This revelation came in 1914 but it wasn’t until later in the 1920’s that Einstein accepted that reality as truth. Edwin Hubble invited Einstein to use the Mount Palomar telescope and to see for himself the galaxies moving away from each other. Only then did Einstein believe that the universe is dynamic and expanding.

This new realization was revolutionary. If the universe is expanding then it must have had a beginning point from which everything came. Science is revealing an extraordinary account of our beginnings. I’ll be drawing from a couple of sources including, A Walk Through Time, by Sidney Liebes, Elisabet Sahtouris and Brian Swimme, The Holy Web by Cletus Wessels, OP, and The Universe Story by Brian Swimme and Thomas Berry.

The origin of the universe is an immense fire so hot and so dense as to defy our usual understandings of the word fire. That first blaze, sometimes know as “the Big Bang” or first flaring forth, was approximately 14 billion years ago. “The primal brilliance expands briefly and then suddenly, with great fury, enters upon an even more explosive expansion that physicists designate with the phrase inflation, an exponential billowing forth in which the elementary particles, the first material beings, are torn out of a deep well of potentiality and allowed to enter the adventure of evolution.” (Liebes, et al)

Our universe was not a one time thing but rather came into existence in a “time developing sequence unfolding from within as billions of galaxies and stars.” (Wessels) “In the depths of its silence the universe shuddered with the immense creativity necessary to fashion the galaxies….These gigantic structures pinwheeled through the emptiness of space and swept up all the hydrogen and helium into self-organizing systems and clusters of systems…The most brilliant stars rushed through their natural sequence of transformations and exploded in colossal supernovas….that spewed stellar materials throughout the galaxy.” (Swimme) Second generation stars were formed which were richer in potentiality and more complex providing a deepening of the evolutionary adventure.

“Five billion years ago our sun composed of hydrogen and helium was born and later became a supernova seeding all the elements of our solar system. Four-and-a-half billion years ago spinning around the sun was a disc of the original sub cloud just large enough to resist the cosmic rays from the sun. A cold remnant of the sub cloud, a hanger-on, a residue, a swirling disc of elements, gave birth in time to Mercury, Venus, Earth, Mars, Jupiter, Saturn, Uranus and Neptune. The planets were formed, and the solar system took shape as a community.

The earth was a privileged planet with its size producing a gravitational and electromagnetic balance, and its position with respect to the sun enabling it to establish a temperature range in which complex molecules could be formed. Out of these seemingly random conditions came the earth’s stupendous creativity over the next four billion years that brought forth all the beauty of its land, its plants, and its animals. And then between two and three million years ago, the earth became conscious in the human. “(Wessels)

This is truly a new creation story and one that can lead us more deeply toward mystery and awe. For the earth to support the diversity of life forms there had to be very specific conditions present. A tiny change and the world as we know it might not exist. An example of this is that life depends on the right amount of heat and light. “Earth must be within a certain range of distance from the Sun. James Lovelock, the British atmospheric chemist who proposed that Earth is alive in his Gaia hypothesis, called this the “Goldilocks Effect”: Earth had to be ‘not too hot, not too cold, but just right.’” (Liebes et al)

These revelations are leading to new ways of understanding who we are, where we came from, and what our responsibility to the future might be. Evidence indicates that the universe is self-organizing and alive. That creation comes out of chaos and destruction. Cells evolved into collaborative communities. Evolution is the simultaneous and intertwined co-evolution of all Earth’s species. Each species helps shape every other, and each is shaped by the others. (Liebes, et al) Our designations of inanimate and animate are blurring as we observe a recycling process in which atoms move from rocks to microbes, to plants, to animals, and then on, with decay, into soils, sediments, and back into rocks. (Liebes, et al) We understand the universe as cosmogenesis–a developing community—with an important role for the human in this process.

Brian Swimme and Thomas Berry in The Universe Story write, “As industrial humans multiplied into the billions to become the most numerous of all of Earth’s complex organisms, as they decisively inserted themselves into the ecosystemic communities throughout the planet, (they drastically) reduced Earth’s diversity and channeled the majority of the Gross Earth Product into human social systems… The future of Earth’s community rests in significant ways upon the decisions to be made by the humans who have inserted themselves so deeply into even the genetic codes of Earth’s process. This future will be worked out in the tensions between those committed to the Technozoic, a future of increased exploitation of Earth as resource, all for the benefit of humans, and those committed to the Ecozoic, a new mode of human-Earth relations, one where the well-being of the entire Earth community is the primary concern.”

This new cosmology challenges not only our actions but our consciousness. It challenges much of the current worldview as well as traditional interpretation of Christian teaching.

©2003-2020 Institute for Communal Contemplation and Dialogue

Further Reading
Bruteau, Beatrice. God’s Ecstasy, The Creation of a Self-Creating World. New York, NY: Crossroad, 1997.
Bruteau is a lay contemplative and philosopher. She writes about the beauty and complexity of God’s evolving manifestation in the universe. She draws from physics, biology, chemistry, mathematics, economics and politics to explain the new cosmology.

Liebes, Sidney, Elisabet Sahtouris, and Brian Swimme. A Walk Through Time.New York, NY: John Wiley & Sons, 1998.
These three leaders in the field of the new cosmology write the fascinating journey of life’s evolution. Their narrative is accompanied by the original text and illustrations of the acclaimed “Walk Through Time” exhibition which was sponsored by Hewlett-Packard.

Reagan, Michael, ed. The Hand of God.Kansas City, MO: Andrews McMeel Publishing,1999.
This book combines pictures of space from the Hubble telescope with inspirational quotations from scientists, poets, theologians, and philosophers. It is an incredible reflection on the cosmos.

Swimme, Brian and Thomas Berry. The Universe Story. New York, NY: HarperCollins, 1992.
Cosmologist Brian Swimme and cultural historian Thomas Berry tell the story of our fifteen billion years of existence with awe, delight, and vision. They combine the findings of cosmology, geology, biology, and sociology with the human search for meaning.

Wessels,OP, Cletus. The Holy Web, Church and the New Universe Story.New York, NY: Orbis Books, 2000.
Wessels links how the world revealed by contemporary science impacts our understanding of church and Christianity. He shows how the “New Creation Story” connects with the biblical symbols of creation, redemption, sin, grace, life and death, God-Christ-Spirit, faith, hope and love