Living in the Time of Transition 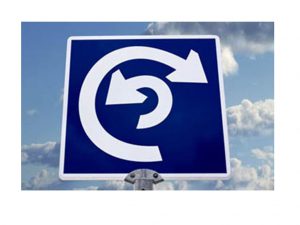 There is little doubt that impasse is a core reality of our world in the 21st century – and that seeing through impasse to a new way of being and doing is becoming a greater challenge.

Impasse is that experience you have when you try to change a situation and as hard as you try you seem to be hitting a brick wall. It is the experience of feeling that the rules have changed after all these years and you don’t know how to play. Impasse is seeing beliefs, values, and attitudes you believed were changing – evolving toward a greater embrace of diversity – being reversed and denied. It is feeling that there are sides and they are getting more and more entrenched and there is a great chasm in between.

Evidence for impasse abounds. Look no further than the political situation in the United States. The 2010 mid-term elections seemed to have been captured by those who are feeling angry at the changes that have been occurring in our culture and in our global economic system which they perceive as a threat to the status quo and their own comfort level. Some of these folks galvanized their anger and resentment into a movement which they called the Tea Party. As I watched their tactics, listened to their content and watched the media coverage I felt they were only digging the chasm deeper. At times those who crafted the message didn’t seem to care whether it was factual or not. Complexity did not seem to enter into their vision or their demands. Vitriolic diatribes which could and sometimes did provoke violence accompanied their rallies. Yet in a world of sound bites and 134-character tweets their message seemed to prevail.

So we begin 2011 with impasse as the expressed goal of one of our major political parties. The Senate Minority Leader has stated that the major goal of the Republicans in the Senate is to make President Obama a onetime president. It is not to promote public policy to address the many problems we face – an economy that is increasing the disparity between the rich and the poor; the lack of a social compact that enhances the general welfare of all in terms of jobs, health, education and security in our old age; the absence of an energy policy to lessen our dependence on fossil fuels and commit to saving the planet; and an international reality that is riddled with wars and violence.

Impasse it seems never misses an opportunity to rear its troublesome head in the life of the church as well. A recent situation sets the bishop of the Phoenix, Arizona diocese at odds with the leadership of St. Joseph Hospital and Medical Center and Catholic Health Care West, the larger health system to which the hospital belongs. In November, 2009, St. Joseph’s Hospital Ethics Committee discerned that the hospital would perform a procedure on a woman who was 11 weeks pregnant and who would otherwise die from acute pulmonary hypertension. The procedure would save the woman’s life but would have the consequence of ending the life of the fetus which was unable to survive outside the womb and because of the woman’s condition could not survive within the womb. Both were dying and only one life was able to be saved. The hospital did not and does not consider this decision as a decision to perform an abortion.

The Bishop of Phoenix asserted that the hospital in doing that procedure performed an abortion. He stated that the Mercy Sister who served on the Ethics committee and any other Catholics incurred an excommunication by consenting to this procedure.

The hospital leadership and the bishop entered into discussions regarding this situation but the bishop made three demands of St. Joseph’s Hospital which included that the hospital must “acknowledge in writing” that the procedure was an abortion. When discussions broke down the bishop issued a decree that St. Joseph’s Hospital is “no longer a Catholic entity in the territory of Diocese of Phoenix.” Reflecting on the teachings of the Second Vatican Council the hospital leadership sees that the entire Church is called to listen to God’s Word and to apply it in daily life. It believes that those in health care must make very complicated judgments every day regarding the best care for their patients and that in this situation they acted in the best interest of their patient.

These situations illustrate the kind of impasses we face in the 21st century; they challenge us to take that long loving look at the real and invite us to a new way of responding, of seeing through the impasse.

To accept the challenge, to respond to the invitation, is not simple or easy but I believe it is what we have to do.

When we take that long loving look we must acknowledge that most of the ways we know about how to address our political, economic, social, cultural and ecclesial realities are inadequate for the task. We have been educated and trained within a certain worldview, a paradigm which frames our thinking and our action. We need to become aware that over these past 100 years or so much of what we held to be absolute and true has been challenged and found wanting. A whole other way of seeing and understanding our world has been emerging and yet the structures, the systems, the belief systems have yet to evolve to support and encourage this evolution.

So what do we who are living in this time of transition do “in the impasse” – in the chasm? The first step I believe is to stop and see – take that long loving look – at what is happening. Try to grasp the extent of it. To feel the fear, the frustration, the anger, the disappointment at what you hoped the future would be. But we need to do this with a contemplative heart, a compassionate heart. No blame, no scapegoating. Realize each of us is in all of this mess and in all of the possibilities.

Try to remember when you understood that racial equality was critical to our future; when you rejected male domination and the patriarchal institutions which permeate almost every society and reoriented your belief about women and their equality with men. Recall when you examined the values of unbridled market capitalism and saw that even if you were benefitting from it the inherent inequality it fostered was destroying the country and our world. Get in touch with your own violent tendencies and how you are willing to hurt and violate another. Recall how gut wrenching it was to give up the faith of one’s “Fathers” but remember the joy in discovering the faith that dwells within and continues to grow with our awakening consciousness and be strengthened by one’s faith community.

Recall… remember… feel. Those feelings are being experienced by many others. In remembering one’s own journey one becomes more compassionate of the other. We are all walking into the future. Somehow some of us need to be willing to see through the impasse to another way of being and doing. And we need to act.

Exactly how is still evolving but hosting A Coffee and Tea Contemplation Party is one way to begin. It is a simple effort at bringing people together who think differently and begin to be present to each other. It offers a time to hear some of our common hopes and desires and some of the areas where we differ – to listen to each other with a contemplative heart. Over time that presence will shift how we are with each other and might create an environment to communicate more deeply respecting difference and enabling a movement forward that is no one person’s agenda.

How will that effect change in the real world you may ask? There is enough written and enough personal testimony to give credence to the beliefs that we can only change ourselves; that change must begin with each of us; that we need to be the change we want to see; that by changing ourselves and moving out to invite others into such a transformative process we are changing systems and consciousness.

This invitation continues offering us a new way of seeing, a new consciousness that enables us to see through the impasse of our lives.

© 2011-2019 Institute for Communal Contemplation and Dialogue