A newly purchased poppy was bringing life to my room. When I returned later in the day, the plant had wilted. It was fine just a few hours ago, and now it hung its head. I decided to try watering it, and almost immediately, it popped right up.

I realized that sometimes, I forget that it doesn’t take much to bring life back to a situation. A small act can make all the difference.

This seemingly unremarkable act came to mind as I thought about how overwhelming the news feels these past months: the seven-year war in Yemen, with children starving at an unprecedented rate; the COVID-19 pandemic overtaking India; ongoing attempts to keep alive the false claim that the 2020 election was stolen; continuing gun violence; increasing racial attacks, especially against Asians; and attempts to invest trillions of dollars into our economic system.

At such times, one can forget that what each one of us does is important and does make a difference.

Our awareness and presence every time we act communicates who we are and generates an energy that can be life-enhancing or life-threatening. Too many of us sleepwalk through life, numbing ourselves to the problems facing us and to the power of our actions.

In the spiritual journey, becoming aware or “waking up” is terribly important. We begin to see in new ways. We widen the lens through which we view our world to embrace greater diversity and complexity. We deepen our inner vision to see with a heart aligned with divine love. In doing so, we are turned toward embodying peace, love, mercy, compassion, justice, and the other virtues and gifts of the Spirit.

As we grow this capacity within us, we approach all that we do with an energy that radiates outward. Because we exist in an interconnected web of life, that energy is felt by those around us. It entangles itself with other energies vibrating at that same level, extending outward in wider and wider concentric circles.

Although this understanding — rooted in quantum physics — was not available in first-century Palestine, one can witness this powerful energy of awareness and presence both in Jesus and his followers. In the Gospels, we hear that power went out of him and the woman was healed; Jesus spoke the words, and those who were open were the ones who walked again/saw again/heard again. Jesus lived in the awareness that he came from his Abba God, and his presence evoked a powerful response from those assembled.

Throughout the Acts of the Apostles, as the disciples traveled to spread the good news, people felt a power and were baptized. There was something that attracted people to their message. Those who did not preach about themselves but preached their experience of Jesus and his message radiated a love that was hard to resist.

Perhaps like the women and men who followed Jesus those early years, the time we are living in is calling us to live more consciously, more aware of who we are as sons and daughters of a loving God. We are called to be that presence in whatever we do individually and communally.

Living with such an aliveness makes everything we do a portal connecting us to a growing conscious circle of humanity.

Every individual act done with such an awareness and aligned with divine love is part of and contributes to the leap to the next level of conscious evolution, moving us toward greater inclusivity, universal peace and justice, and ecological harmony.

What we do is important, but how we do what we do and why we do it is even more important.

We are never acting alone. Each of us has a choice: Do we enhance life? Or do we harm life?

When the world’s injustices begin to overwhelm, don’t be paralyzed. Rather, recall that it was one coin that the woman searched for; it was one sheep that the shepherd went to find; it was one measure of leaven added to the dough; it was one mustard seed sown in the field.

There will be times when we can participate at critical moments to address the structures of injustice. Most of the time, we will respond to the suffering of our world in ordinary yet remarkable ways with one kind word, one nonjudgmental thought, one offer to assist doing a household task, one letter written to an elected official, one acknowledgment of implicit bias. Or one poppy watered faithfully.

The important thing is to simply act. Do whatever you are doing consciously and aware that what you do makes a difference; life will flourish, and the kin-dom of God will grow. 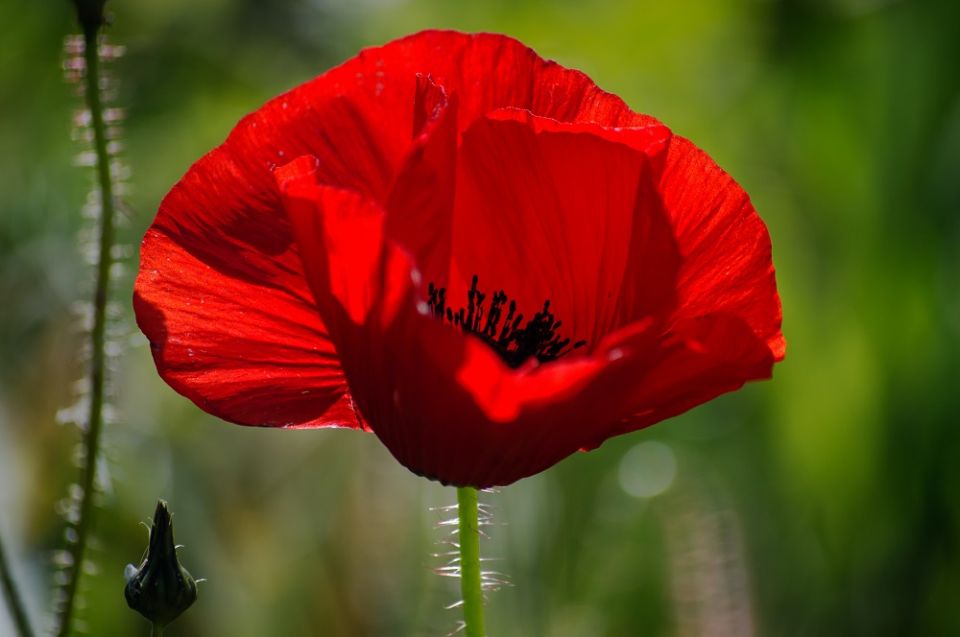