How do We Exercise Contemplative Power in the Face of Inequality?

How do we exercise contemplative power in the face of inequality?

As I was preparing to write this reflection I was struck with how many different ways one could address the issue of inequality and how these different ways really are connected, each serving as a unique lens to illuminate the problem. I decided to reflect on a few of these lenses and then ask ourselves some questions as we ponder the exercise of contemplative power in the face of inequality. 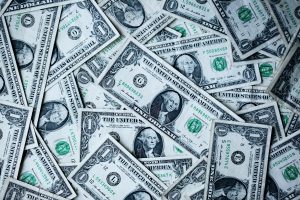 I recently saw Robert Reich’s film, Inequality for All. It is an excellent presentation of the inequality we all face. One visual that has stayed with me is a map of the United States. On one half of the country are stick figures representing the 400 richest Americans. The other half represents the bottom 150 million Americans. The 400 richest folks have more wealth than close to half the population of the United States.

On PBS’s Bill Moyers Journal, Paul Krugman discussed the book, Capital in the Twenty-First Century by French economist Thomas Piketty. In it the author makes the case that modern capitalism has put society on the road to not only an unequal society but to a society of an oligarchy or inherited wealth. Considered to have been a strong influence in shaping the 1% analysis, Piketty went further to show how the great disparities of income and wealth are becoming entrenched in our society. These inequalities are increasingly being transferred through generations. By 2030 it is projected that the richest people will simply inherit their wealth, removing all pretense of working or earning their livelihood.

Krugman couples this with the implications for a society of super wealthy and the regular working people. “When you have a few people who are so wealthy that they can effectively buy the political system, the political system is going to tend to serve their interests.”

At the recent spring meeting of the International Monetary Fund and World Bank, three reports were published about the world-wide increase in the gap between the rich and poor. The reports called for a change in their respective lending and advisory policies including the implementation of measures of eradicating global tax evasion and creating tax code reform that would benefit the poor over the rich. The issue was raised but there is no movement to change the basic orientation of the IMF/World Bank. Their economic policies tend to impose austerity on the poorest countries, disbursing loans in exchange for major cuts in health, education, pensions, as well as increased consumer prices for basic necessities. This leaves the poorest countries with an inordinate debt burden.

Jim Yong Kim, the President of the World Bank, spoke out about the combined crises of global climate change and growing inequality. In our highly interconnected world he warned there will be widespread upheaval as the world’s poor rise up and clash over access to clean water and affordable food resulting in increased violence and political conflict.

Frank Butler, a leader in Catholic philanthropy, wrote an article for the National Catholic Reporter in March of this year in which he reported that almost 2 million U.S. households are now living on cash incomes of less than $2.00 per person a day—a level associated with developing nations.

He also reported on Harry Binswanger who wrote an article in Forbes suggesting that America’s rich deserve more veneration than officially canonized saints.

Bringing inequality closer to home I live in Detroit in an area of the city that has been able to maintain a residential community. This means that Within the area immediately adjacent to Marygrove College, which my congregation sponsors, there are 79 abandoned homes. This is in an area which measures a half-mile long by about 6 city blocks wide. The houses are brick buildings, many Tudor style, and they stand next to each other—some occupied and well-maintained while others are abandoned but still salvageable.

What do we do with these realities? How can we exercise our contemplative power?

Knowing we are all one, are we able to identify with the haves and the have-nots wherever they are—in urban cities, throughout the US, in developing countries, in the financial institutions and the IMF/World Bank? Can we cultivate enough compassion that when we speak out we can be heard?

How do we talk with our family and friends who might believe that the rich “deserve the wealth because they earned it?” How do we explain the structures and policies that manipulate the playing field? How do we change the perception that if only one worked harder they would get out of poverty?

Or what do we do with the very subtle but powerful assumption that people are paid what they are worth. How often do we hear that and how much do we believe it? That belief blinds us to power and the interconnection between economics and politics. Do we really believe that CEO’s of major corporations whose salaries and benefits are 300 times more than the average worker, are really that much more worthy? Or that those who received the $26.7 billion in bonuses paid out by the Wall Street banks last year are that much more worthy than the 1.9 million full-time minimum wage workers who if they received that money would have doubled their pay?

In keeping with that thought of who deserves what, how do we feel about cities that are predominately persons of color and low income? Does that somehow rationalize the abandoned houses and decaying neighborhoods and make those situations less worthy of our empathy or action?

Pope Francis has strengthened the church’s critique of modern capitalism calling it unjust to the world’s neediest. In Joy in the Gospel he is unequivocal in calling for the need to reject the absolute autonomy of markets and financial speculation and to attack the structural causes of inequality.

I find In Pope Francis a contemplative spirit. Perhaps his remarks can deepen our own reflection as to how can we exercise contemplative power in the face of such inequality.

“If anyone feels offended by my words, I would respond that I speak them with affection and with the best of intentions, quite part from any personal interest or political ideology. My words are not those of a foe or an opponent. I am interested only in helping those who are in thrall to an individualistic, indifferent and self-centered mentality to be freed from those unworthy chains and to attain a way of living and thinking which is more humane, noble and fruitful, and which will bring dignity to their presence on this earth.” (Joy in the Gospel)

Part of contemplative power is seeing connections and trying to see the space where something new can emerge. Our entire economic system needs to be re-envisioned. That is so hard because we all benefit from our economic system. How more important it is then to engage in contemplation so as to name our blindness and free us to speak and act in new ways.