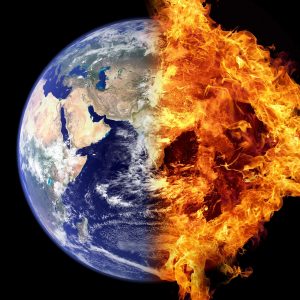 At the beginning of the 21st century when world leaders gathered in South Africa to address sustainable development following up from the Rio conference of the 90’s, poverty was a central theme as much as environmental degradation. Connections were beginning to be made between development policies, sustainability of the planet and basic human needs.

Over these past decades we are experiencing that the rich are getting richer and the poor are getting poorer. Water, rain forests, soil, air—precious resources are becoming scarce. These resources are key to development. What is critical is that economic-cultural-political policies which govern their use must secure the basic needs of the human family as well as the healthy future of our planet.

However, the political and economic structures which are in place giving the responsibility to nation-states to provide for the health, safety and welfare of its peoples are inadequate in the face of globalization.

Globalization is multi-faceted and quite complex. There is no way that I can adequately address it in this first short reflection. But what I’ll offer are the insights of some scholars whose books I’ll be recommending. My hope is to begin to point to the connections between the effects of globalization, the deepening commitment to eco-justice or survival of the whole planet, and the need for a new consciousness rooted in the liberating spiritual impulse in us all.

What is globalization?
You might think of:
CNN and Al Jazeera bringing immediate access to global events;
Going digital, miniaturization and computerization revolutionizing access to technology and telecommunications;
The Internet;
Greater potential to address issues of hunger and health care;
Greater access to education for everyone.

What is globalization?
You might think of:
More trucks crossing the borders of Canada, Mexico, and the US;
Consumerism and the commodification of everything;
Unfettered market capitalism;
Movement of factories from rich nations;
Exporting of US culture;
Financial speculation.

Globalization is experienced differently depending on where you stand.

However, there are some common elements that most people agree describe it well. I’m going to use Cynthia D.Moe-Lobeda’s list of seven elements from her book, Healing a Broken World–Globalization and God.

“One is a rapid increase in the movement of goods and services as well as capital—trade and investment—across international borders.

A second is the subordination of democratic political power to unaccountable economic power in order to ease the movement.

Third, a growing portion of the world’s largest economies are planned and directed in ways unaccountable to the public as a whole….

The privatization of public goods and services constitutes a fourth…

A fifth trend is an accelerating commodification of life forms and experiences. (This refers to placing a monetary value on everything.)…

A sixth and intimately related trend is the strategic marketing of western consumer-oriented ways of life around the world.

A final defining trend is the commodification of money. (This denotes the ascendance of “speculative” trade in money for short-term gain over trade in goods and services and over investment in long-term production-oriented economic activity.”

In addition to these trends most would link the technological explosion of computerization, miniaturization, digitization, satellite communications, fiber optics and the Internet to globalization. (Thomas L. Friedman,The Lexus and the Olive Tree.)

The centrality of consumption, commodification, and short-term investments heighten the disconnect between our current global economic system and the crying needs of both the human species as well as the whole planet.

We are faced with disappearing rain forests, the disappearance of species, increasingly polluted water sources, disposal of non-renewable products, multiplication of weapons, long term nuclear waste, the desertification of massive areas, the greenhouse effect warming the surface of the earth and shifting our weather patterns, increasing global population, starvation for millions and deepening poverty for billions–to name a few.

Understanding our planet no longer as a machine but as a living organism radically shifts our relationship to the earth and to each other. It is no longer possible to place human needs over those of other species and the planet.

Eco-justice is becoming not a slogan but a serious and urgent commitment on behalf of all justice activists. I believe people of faith must take this challenge seriously. Richard Falk in his book, Religion and Humane Global Governance, discusses how the current global situation cannot be addressed by the secular sensibility prevalent since Modernity/Enlightenment. We are in need of imagining a new way of being and doing in the world. He speaks of the power of the “liberating spiritual impulse” that is within us all and that is needed to be part of the future debate. He sees a role for religion if it fosters and develops this liberating impulse for the sake of our future.

He sees that transformative patterns of behavior will result from “spiritual” interventions in societal processes. “…Transformation (is) a radical turning of consciousness, which depends on spreading and deepening the realization that human behavior in all its aspects needs to become far more respectful of the sacredness of life. Working to comprehend the concrete implications of such a transformation is the essence of politically engaged spirituality.”

Globalization cannot be addressed from the perspective of the current values and beliefs that have shaped the prevailing worldview rooted in the Enlightenment. A transformation is needed. Hopefully, as we allow ourselves to enter the impasse we experience in our work for societal transformation in a contemplative way, it may move us toward our own transformation and a politically engaged spirituality.

©2003-2012 Institute for Communal Contemplation and Dialogue
Reprint with permissioniccdinstitute@aol.com

Further Reading
Falk, Richard. Religion and Humane Global Governance.New York, NY: Palgrave, 2001.
This book is informative, hopeful, and challenging. Falk who teaches international law at Princeton skillfully discusses the dominant world order trends in relation to global governance. He explores secularism and monotheistic religions and globalization. He believes that humane global governance has not happened because of the exclusion of religious and spiritual dimensions from the public debate. He discusses the current religious resurgence which is both problematic and hopeful. He concludes with showing the positive effects of including the emancipatory religious and spiritual perspectives in world order thinking and engagements.

Friedman, Thomas L. The Lexus and the Olive Tree.New York, NY: Anchor Books, 2000.
The foreign affairs correspondent for the New York Times, Friedman draws on his extensive travels to put forth an analysis of the “system” of globalization and how it has replaced the “system” of the Cold War era. He discusses the tension between globalization—the Lexus—and the ancient forces of culture, geography, tradition, and community—the Olive Tree. He discusses the backlash that globalization produces among those who are victims of it. Although you may not agree with all of his conclusions regarding how to keep the Lexus and the Olive Tree in balance, he offers a useful analysis for our reflection.

Korten, David. The Post-Corporate World: Life After Capitalism.San Francisco, CA: Berrett-Koehler Press, 2000.
Korten explains what went wrong with the economy and how we can change it. He raises provocative questions about the emerging economic order and points to what must come next if human beings and all creatures are to have a livable future.

Moe-Lobeda, Cynthia D. Healing a Broken World—Globalization and God. Minneapolis, MN: Fortress Press, 2002.
Moe-Lobeda provides an excellent reflection/analysis of the global economy from an ethical perspective. She ponders the questions: “How is our moral agency so disabled that we acquiesce to global economic arrangements requiring us to exploit rather than to love both Earth and neighbor? And how might faith in (and of) Jesus Christ enable moral agency to resist those arrangements and to forge alternatives?” This provides the backdrop for her scholarly work in which she addresses the moral agency needed for resisting globalization and for moving toward alternatives. She draws on the theology of Martin Luther to develop her insights.