Read About the Program Below 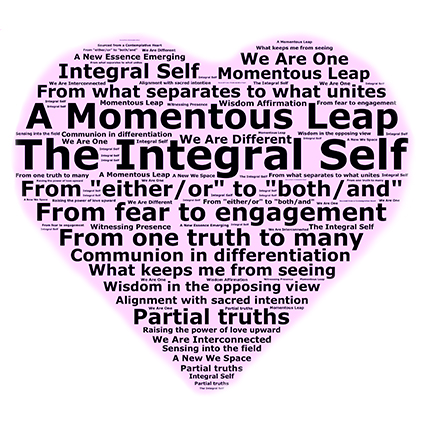 ICCD Believes We Can!

ICCD believes many people are ready to approach this time of chaos from a deeper place but who may not be as familiar with contemplation. It is our desire if participants know of others–their colleagues at work, in organizations or in positions of influence who would resonate with the goals of the program and are open to the contemplative dimension in their life–to invite them to participate. Since its beginning in 2002, the Institute for Communal Contemplation and Dialogue (ICCD) has had extensive experience inviting people to engage the impasse in their lives through processes of communal contemplation and dialogue.

Why So Many Days?

This program requires a commitment of time. It is designed to deepen one’s interior life through contemplative processes and from this contemplative perspective to integrate the skills learned. The time is needed to achieve the outcome which is to learn to engage persons with different worldviews including family, friends, and colleagues in hopes of healing the negative effects of the polarization we experience.

The program draws on:

Since its beginning in 2002, the Institute for Communal Contemplation and Dialogue (ICCD) has had extensive experience inviting people to engage the impasse in their lives through processes of communal contemplation and dialogue. ICCD believes many people are ready to approach this time of chaos from a deeper place but may not be as familiar with contemplation. It is our desire if participants know of others–their colleagues at work, in organizations or in positions of influence who would resonate with the goals of the program and are open to the contemplative dimension in their life–to invite them to participate. 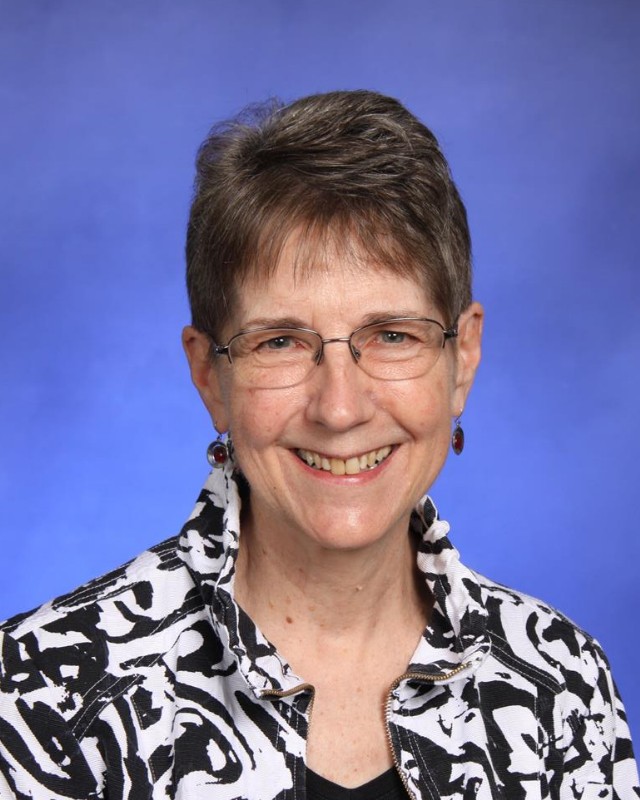 Nancy Sylvester, IHM founded the Institute for Communal Contemplation and Dialogue (ICCD) in 2002 in response to her experiences working for justice and right relationships in church and in society. She serves as President of the Institute and as Executive Director designing, planning, and implementing, the Institute’s various programs. Nancy brings to this project her commitment to dialogue and collaborative work style.  Nancy is committed to the transforming power of communal contemplation in one’s life and the life of the community. She believes it invites the shifts in consciousness so necessary to embrace our evolutionary journey and engage the critical issues facing us in ways that foster dialogue, relationships, compassion and justice.

Nancy completed her three-year term as President of the Leadership Conference of Women Religious in 2001 and served as vice president of the Sisters, Servants of the Immaculate Heart of Mary, Monroe, MI from 1994-2000. She served on staff of NETWORK, a national Catholic social justice lobby, from 1977-1992, first as researcher, then lobbyist and beginning in 1982 as National Coordinator and board member of NETWORK. Prior to NETWORK, Nancy taught secondary education in the Detroit, Michigan metropolitan area.

Nancy is an author and known speaker having addressed diocesan conferences, university institutes, assemblies of women religious and major national and international conferences. She has lectured widely on a number of topics including: contemplation, the transformation of consciousness, living in a time of chaos, societal shifts in the world and church; leadership for transformation; the new universe story; and Catholic social justice teaching.

Engaging Impasse: Circles of Contemplation and Dialogue was the major program for ICCD in its first years. During the Vatican investigation of women’s religious congregations, ICCD offered Engaging the Impasse of the Vatican Investigation to a number of LCWR regions. Nancy has served numerous congregations by designing processes to deepen both individual and congregational commitments to contemplation and to invite deepening conversations on the issues facing them. ICCD has a virtual Contemplative Sitting Network with close to 1,000 participating. ICCD’s newest offering is Enter the Chaos-Engage the Differences to Make a Difference.

Nancy is one of the persons featured in the documentary, Band of Sisters. She wrote for and co-edited Crucible for Change: Engaging Impasse through Communal Contemplation and Dialogueand currently writes for the Global Sisters Report, in a series “Contemplate This”. Her reflection on “Integrating Contemplative Practices into Leadership” is featured in Transformational Leadership edited by Annmarie Sanders, IHM and her article, “The Call to Live Love in the 21st Century” was published in the Winter 2017 edition of LCWR’s

Occasional Papers. She wrote an essay in the book, Building Sisterhood: A Feminist History of the Sisters, Servants of the Immaculate Heart of Mary, published by Syracuse University Press. She co-authored a book with Maria Riley, OP,  Trouble and Beauty: Women Encounter Catholic Social Teaching. Nancy’s articles have appeared in America, Sisters Today, Catholic World, and Maryknoll Magazine.

Nancy did her undergraduate work at St. Louis University majoring in philosophy and political science. Her graduate degree, from St. Mary’s University, Winona, MN, is in human development with a concentration in economics and theology.

Nancy loves to dance, sing show tunes, and read mysteries. She enjoys being by the water and walking in nature. 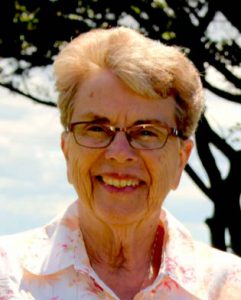 Margaret Galiardi, OP, a Dominican Sister from Amityville, New York, joined the staff of the Institute in 2011 to assist with the Transformation in a Time of Uncertainty (TITU) program. More recently she has worked with Nancy Sylvester, IHM in designing and facilitating the Exploring Exercising Contemplative Power (EECP) program and Enter the Chaos-Engage the Differences to Make a Difference.

In addition to her work with ICCD, Margaret offers spiritual direction/ accompaniment both to individuals and groups, and directs retreats at various centers particularly in the northeast.  She sits Zazen regularly with Insifada Zen, a Long Island interfaith meditation community.

Margaret has lectured nationally on the integration of ecological theology, justice, and spirituality, and the thought of Thomas Berry. She designs workshops, retreats and campus wide events focused around spirituality for the 21st century. She has published two books: Encountering Mystery in the Wilderness: One Women’s Vision Quest and Where the Pure Water Flows: the Universe Story and Christian Faith and is a contributor to ICCD’s book, Crucible for Change and the National Catholic Reporter’s Global Sisters Report.

Margaret served as Director of Ministry from 1995-2001. During that time she served as the North American Co-Promoter of Justice for the world-wide Dominican Order, an appointment she received from the Master of the Dominican Order in Rome. In this capacity she initiated delegations of U.S. Dominicans to Iraq in order to support the Dominicans suffering under U.N. sanctions in that country.

Margaret also served as theological consultant for the lay leadership training program in Rockville Centre; worked as Homelessness Prevention Coordinator for a network of soup kitchens and shelters on Long Island; and lived for ten years in convents that were also shelters for people who were homeless, battered and/or undocumented.  Margaret served as the Executive Director for both the Inter-community Center for Justice and Peace in New York City, a collaborative effort of some thirty-five religious congregations in the Tri-State area, and years later, The Spiritual Life Center in West Hartford Connecticut.

Margaret spent the 2009-2010 year living in silence and solitude with the Trappistine Sister Monks in their monastery in the Red Wood forest on the Lost Coast of Northern California.

She did her under graduate work at Molloy College on Long Island and earned a Master’s Degree from Notre Dame University in South Bend, Indiana. 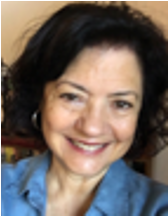 Dr. Vernice Solimar joined with the Institute for Communal Contemplation and Dialogue (ICCD) in 2018 to assist in designing and implementing Enter the Chaos-Engage the Differences to Make a Difference

Dr. Vernice Solimar was founder and chair of the Integral Psychology M.A. program, and former chair of Consciousness and Transformative Studies at John F. Kennedy University. With Dr. Monica Sharma, former Director of Leadership and Capacity Development for Developing Countriesat the United Nations, Vernice founded and directed the Leadership for Personal and Social Transformationcertificate at JFKU.

She has taught at the California Institute of Integral Studies in San Francisco, and the Graduate Theological Union in Berkeley, CA. Vernice is a Founding Member of Ken Wilber’s Integral Institute in Colorado, and was co-faculty of several Integral Field courses in El Salvador, Ecuador and Peru, where she visited Liberation Theology and Indigenous communities and environmental groups.  These courses provided opportunities for all of us to learn from and work with local communities, and explore together principles-in-action that foster greater economic, social and environmental well-being.

Vernice has taught World Religions, Transpersonal and Integral Psychology, Spiral Dynamics, and courses on Visionary Leadership related to personal and cultural evolution.  Vernice was also a teacher and guidance counselor working with inner city students and parents in the NYC school system, and collaborated on several community development programs.   She continues to coach and facilitate psycho-spiritual development and leadership for social change with individuals and organizations, and has also presented workshops and trainings in the US and abroad. 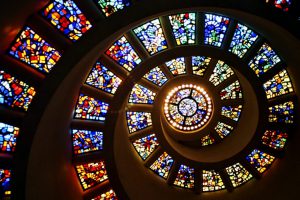 We draw on the power of God’s call from the future to summon the strength needed to engage in this transformative process in the service of the whole.