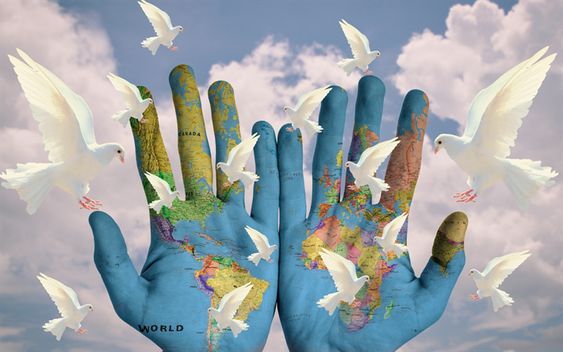 There’s plenty of reason to be fighting off despair about the way things are unfolding these days, both in the U.S. and abroad:  the blocking of the bipartisan commission on January 6th; what the New York Times called, “A domestic arms race,” with gun sales surging in the U.S.; anti-vaccination protestors storming a shopping center in West London; yet another bloody war in the middle East, and we could go on and on.  There is, however, even greater reason to be hopeful.  Yes, it bears repeating, there is even greater reason to be hopeful.  Enter contemplative sitting.

Teilhard* told us in his Writings in Time of War that it is the duty of the mystic, we could say the practitioners of contemplative prayer, to be aware of the inner rhythm of the world and to listen with care for the heartbeat of a higher reality.  Is not this what we do daily as we sit in the deep silence alone or with others?  We drop below surface conflicts and on-going polarization to the sacred space in which life itself arises and is so graciously given.   We rest there in wonder and awe experiencing an unbreakable bond with others and all creation.  From this privileged place Teilhard tells us, this time in The Divine Milieu, ” the least of our desires and efforts…can cause the marrow of the Universe to vibrate.”

Instead of despair then, there is a felt sense of participation in the fundamental harmony of the Universe.  All that is frozen melts, all that is chilled warms. We participate not merely in “our own contemplative practice,” but also in the healing and restoration of the world.  Yes, it bears repeating, there is even greater reason to be hopeful. Keep sitting!

*Teilhard quotes are gathered from an article:  Teilhard’s Mysticism:  The Circle of Presence