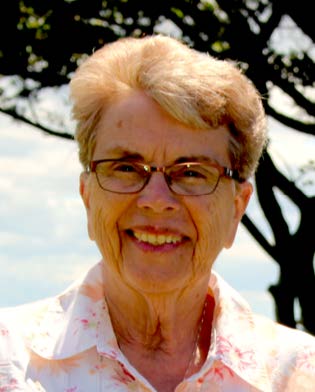 Description of Program
After reviewing contemporary understandings of contemplation, we will use the insights of Thomas Berry, John Haught, Denise Levertov and David Hinton to situate ourselves in unfinished, emergent Universe noting the difference contemplative practice can make in creating perspective, and overcoming alienation, polarization and even violence.  We conclude with reflecting on transformation of consciousness and prophetic action.

Brief Biography of Margaret Galiardi, OP
Margaret Galiardi, OP, a Dominican Sister from Amityville, New York, joined the staff of the Institute in 2011 to assist with the Transformation in a Time of Uncertainty (TITU) program. More recently she has worked with Nancy Sylvester, IHM in designing and facilitating the Exploring Exercising Contemplative Power (EECP) program and Enter the Chaos-Engage the Differences to Make a Difference.

In addition to her work with ICCD, Margaret offers spiritual direction/ accompaniment both to individuals and groups, and directs retreats at various centers particularly in the northeast.  She sits Zazen regularly with Insifada Zen, a Long Island interfaith meditation community.

Margaret has lectured nationally on the integration of ecological theology, justice, and spirituality, and the thought of Thomas Berry. She designs workshops, retreats and campus wide events focused around spirituality for the 21st century. She has published two books: Encountering Mystery in the Wilderness: One Women’s Vision Quest and Where the Pure Water Flows: the Universe Story and Christian Faith and is a contributor to ICCD’s book, Crucible for Change and the National Catholic Reporter’s Global Sisters Report.

Margaret served as Director of Ministry from 1995-2001. During that time she served as the North American Co-Promoter of Justice for the world-wide Dominican Order, an appointment she received from the Master of the Dominican Order in Rome. In this capacity she initiated delegations of U.S. Dominicans to Iraq in order to support the Dominicans suffering under U.N. sanctions in that country. Margaret also served as theological consultant for the lay leadership training program in Rockville Centre; worked as Homelessness Prevention Coordinator for a network of soup kitchens and shelters on Long Island; and lived for ten years in convents that were also shelters for people who were homeless, battered and/or undocumented.  Margaret served as the Executive Director for both the Inter-community Center for Justice and Peace in New York City, a collaborative effort of some thirty-five religious congregations in the Tri-State area, and years later, The Spiritual Life Center in West Hartford Connecticut.

Margaret spent the 2009-2010 year living in silence and solitude with the Trappistine Sister Monks in their monastery in the Red Wood forest on the Lost Coast of Northern California.

She did her under graduate work at Molloy College on Long Island and earned a Master’s Degree from Notre Dame University in South Bend, Indiana.

Margaret can be reached at galiardi.margaret@gmail.com